Hackney school praised for tackling topics of abuse and FGM

A Hackney school has won praise from a campaigner for its efforts to stamp out Female Genital Mutilation (FGM).

Alima Dimonekene campaigns against FGM, having suffered from the practice, also known as female circumcision, at age 16.

Alima worked with students across year groups at Waterside Academy in Haggerston earlier in the month (Nov 5).

She was impressed with their maturity and empathy during the workshop, describing the school as "a beacon of excellence".

Alima said: “At this school, they have a good idea of who to go to when they hear about abuse of all kinds which is very positive."

The project was organised by teacher Felicia Davies.

Headteacher Charlotte Whelan, who worked with Alima at her previous school, said: “We want our students to be informed and active in stamping out what is hugely damaging practice for young girls.

“Both the physically and psychologically impact is life lasting and is something we are not afraid to tackle." 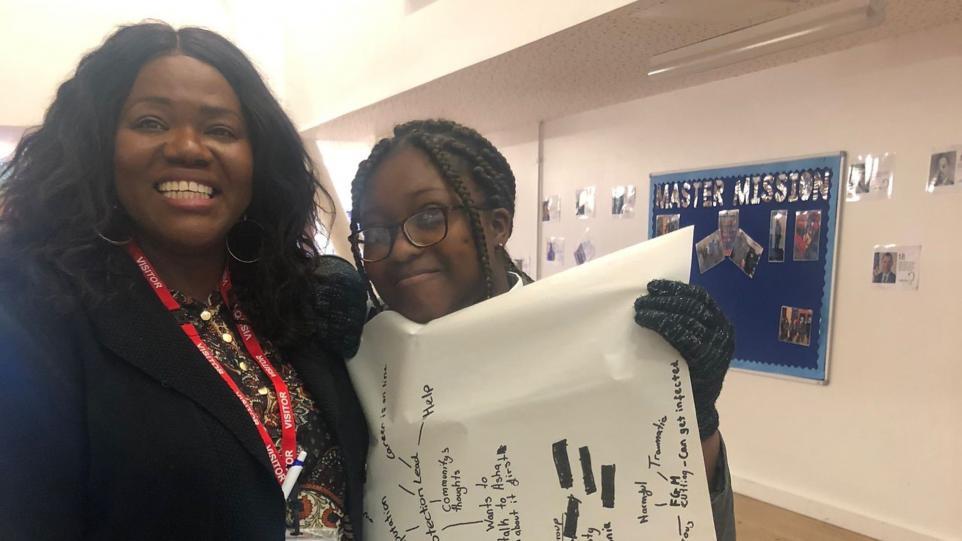