Hackney New School on Kingsland Road is celebrating after three of its student's secured scholarships to top fee-paying schools.

Meanwhile, classmate Channay Butler-Revell will take her A-Levels at the £10,000-a-term Ashbourne College in Kensington. 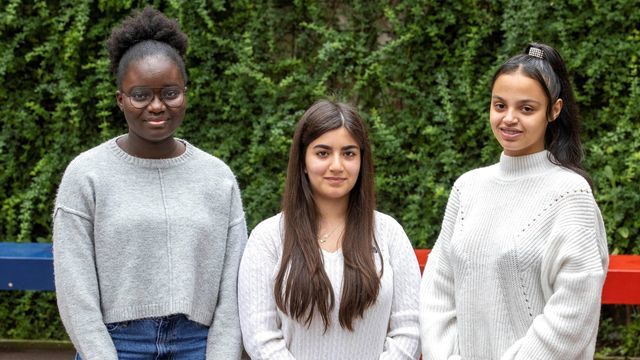 Channay said: “The exam was quite difficult, especially because we had had so much time away from the classroom. I was so happy when I found out I had passed.

“The school helped us so much. I feel like the school has changed a lot in the last couple of years and we are now really pushed to do our best and achieve as much as we can.”

The trio went through a rigorous selection process which included personal statements, entrance exams and interviews.

Cemre said: “My parents are so proud of me. I have to say a huge thanks to the school. To think two years ago before Mrs Whelan was headteacher something like this could happen would be impossible.

“My whole world has been transformed because of this school and what they are doing for us a as students. I cannot thank them enough"

The trio won their places after being mentored via the school’s Prestigious Colleges programme which helps youngsters win places at top fee-paying schools.

The programme is run by the Community Schools Trust which oversees Hackney New School. More than 50 students from school's in the Trust have won places at fee paying schools including Eton College.

Headteacher Charlotte Whelan added: “I am so proud of Channay, Kadija and Cemre. They have worked extremely hard, and it has paid off.

“It’s magnificent that they will be taking up their places at top fee-paying schools next term after what has been a difficult 18 months for all students."

Headteacher Whelan started at the school in 2020 after it had lost five headteachers in two years.